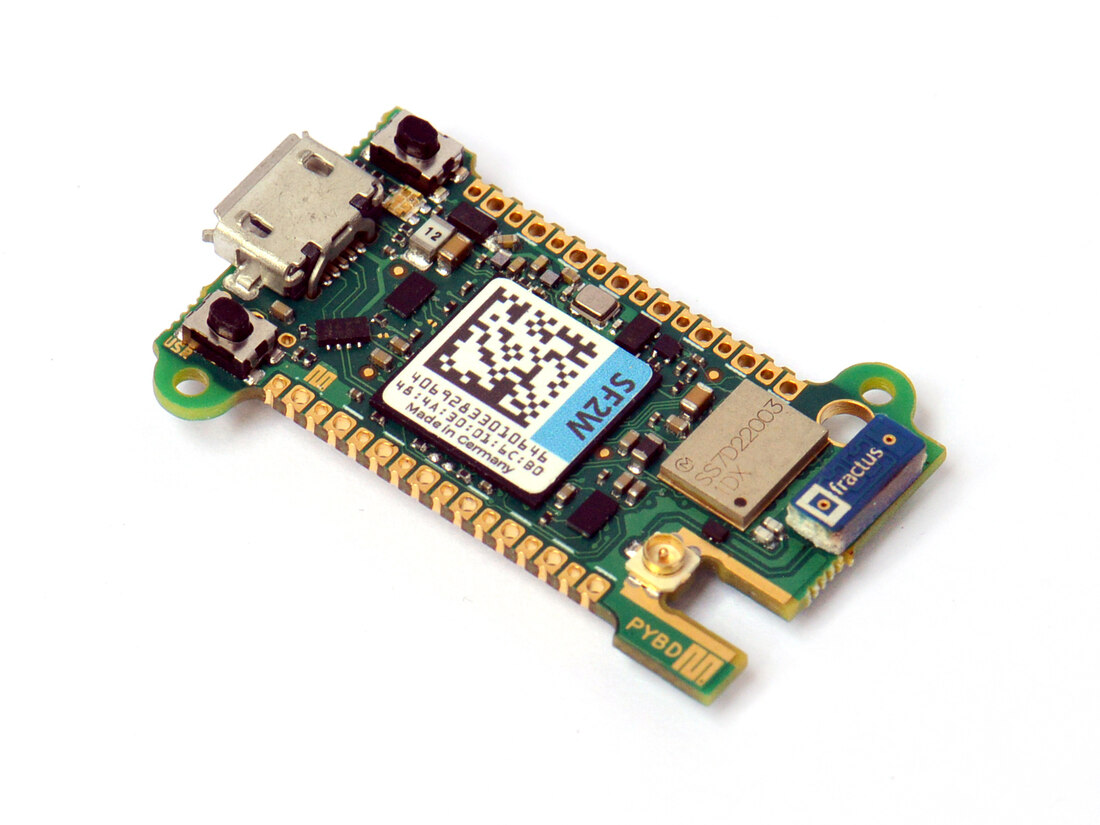 Firmware can be found in the sections below, which is built daily from the ports/stm32/ directory of MicroPython. Check which model you have by the sticker on the top.

For the pyboard D-series you can enter the mboot DFU bootloader by executing machine.bootloader() at the MicroPython REPL. Alternatively, mboot can be entered by holding down the USR button, pressing and releasing the RST button, and continuing to hold down USR until the LED is white (4th in the cycle), then let go of USR while the LED is white. The LED will then flash red once per second to indicate it is in USB DFU mode. You can then program the firmware using a DFU programmer, eg dfu-util or pydfu.py.